When you own a pet rabbit, you'll occasionally hear it thump its back foot — a motion that results in a dull thud but one with a surprising amount of volume for such a small animal. Rabbits thump their feet when they detect danger, but there's a good chance that your house-dwelling rabbit is never actually in danger. A thump here and there isn't a big deal, but if you're aware of your rabbit thumping frequently, you'll want to be sure that the rabbit isn't in distress in some way. Taking your rabbit to a veterinarian who specializes in the care of small animals can be valuable, as the vet may be able to give you some insight into this behavior. Here are some reasons that your rabbit could be thumping frequently.

Loud Noises In The House

Rabbits will often thump their feet when they hear loud noises in the house. If your house is frequently on the louder side, this can lead to a lot of thumping. For example, if your rabbit occupies a room on the ground floor of your residence and you have children who run and jump around on the floor above, the sound of their feet can be loud above the rabbit — and lead to considerable distress. Try to encourage your kids to take their high-energy play outside and be quieter indoors so that you can note whether this changes your rabbit's thumping.

Seeing Something In The Window

If there's a window in your rabbit's room that it can see through — for example, a sliding glass window — your rabbit might occasionally be aware of threats in the yard. A neighborhood cat passing through your yard can certainly frighten your rabbit to the point at which it thumps. Sometimes, rabbits will thump from seeing their own reflection in a window. Think about closing the drapes and note whether this simple change makes a difference in the rabbit's thumping.

Rabbits have highly sensitive noses and may react in fear to different smells in the house. If you're frying something in the kitchen that scents the house, this may be a concern to your pet rabbit. Or, if you have a scented candle near the rabbit's room that has a pungent odor, this may also upset your rabbit. Try to limit the smells that get to your rabbit's room by shutting its door when needed. If these changes don't influence the amount of thumping that goes on, take your rabbit to a veterinarian at a clinic like Oakton Animal Hospital. 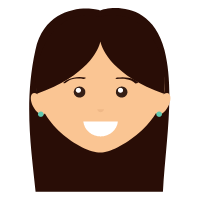 If you've never owned a pet before, but now have a ball of fur in your lap, you probably have a million questions running through your mind about caring for your pet. We love animals and we want to make sure they receive the care they deserve. To give our pets a happy and healthy life, we've read numerous books, watched many hours of video and even spoke to professionals about pet care. To help other pets and pet owners like yourself, we've gathered all our research, written easy to understand blog posts and included them on this site. We hope that by reading our words all your pet care questions are answered so you and your pet can spend many happy years together.